Interesting. Erica is starting a job for the first time in a long time. I am not sure that Kindergarten Teacher was on her short list........


Nathan is in Tacoma working and living his life.


Rush is attempting to lose some weight and get in shape for the Air Force. We love Caroline (the girlfriend) and her geekyness that fits so well in our family.


Arin started working at Sonic this week. Opening day was yesterday, and I guess it was crazy. But I guess it might be better than milking sheep.


Isaac is finishing the last portion of his school to join the Air Force in November. He wants to be a hydraulic tech.


Jonah started back at the high school, cross country is his current sport. Honor's society and keeping up his grades......


Tovah decided to go back to public school for her 8th grade year. Kind of a slow start, but after 3 days, I guess it is OK.


I got my Bachelors Degree in Health Informatics (B.S.H.I.) from WGU. Now I can say I am DONE with school for a long time. I still love my work. The babies make me happy.


Another school year starts. Sports, dentists, orthodontics, and just plain family things. Thanks once again to Erica for helping make all of this possible!
Posted by 5 Boys and a Princess at 2:24 AM No comments:

I'm almost done with my Masters- finishing the last online class. Now I'm starting the job search process because I've got almost $50,000 in student loans. I haven't had time or energy to write on the blog but I've missed it. I have some knitting projects planned for this summer that I plan to also blog about. I've gotten my photos all loaded onto my computer and 2 years worth sorted into file folders. We've completed 2 more Eagles since the last time I checked in, that makes only 1 left to finish. I have a lot to talk about and a lot to share. Soon...
Posted by 5 Boys and a Princess at 1:01 PM No comments:

I turned off my alarm this morning. I heard Jonah leave for school but I didn't have to get up and do anything. We did decide that we really needed a trip to Olympia to get a new hard-drive to back-up the other desktop. Once we were up there we needed to go to Cash & Carry, the Scout Store, and Trader Joe's, besides Costco. I was excited to find the dried mandarin oranges at TJ's so I grabbed 3 bags (last time I asked about them the worker told me that if I ever see them to stock up since they are intermittent on the shelves). 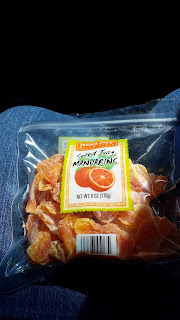 Came home to find my Mother's Day gift- a case of Raspberry New York Seltzer! I think the last one I drank was the summer I left for Guam 27 years ago.

The Adna 6th graders have been at Cispus this week so Tovah hasn't had team practice. We finally got back in with the batting coach (his daughter has had Thursday games for most of the HS season) this afternoon. If she would just follow through with her swing and use the power in her hips she would hit the ball over their heads and it wouldn't matter than she doesn't have to speed to sprint to 1st base.

The boys have Scouts on Thursdays, I took them as I'm pretty scarce during school and fastpitch. Jonah turned in his Reading MB that he has been working on for over a year. He has to complete 2 more Eagle required MBs for Star. Isaac has a handful of required MBs plus his Eagle project to complete before March and his 18th birthday. Isaac is planning on going to Camp Hahobas this summer and go on the 50-miler in the Olympics. Jonah just needs to figure out how to get 3 more camping nights to finish the Camping MB requirements then he's never going outdoors again!
Posted by 5 Boys and a Princess at 1:34 PM No comments:

One of the girls in my cohort is expecting a baby girl in August. We celebrated her with a baby shower at the home of one of our instructors (his wife graciously agreed to host when I approached her).

Jonah and Arin went to Puyallup for a track meet so it was a quiet dinner at home with Ryan, Isaac, and Tovah.
Posted by 5 Boys and a Princess at 1:08 PM 3 comments:

Took Jonah to school and then met a friend for breakfast. Then ran home to get Arin to get him to Bartel's to get fitted for a tux. Thankfully they didn't freak out on me when I walked in on Tuesday and said I needed a tux for Saturday, they said no problem. Did you know that are about a gazillion tux options to choose from? We just wanted a basic black tux, with a vest. Thankfully not only could I order it and pick it up in town, but it was a lot less to rent it than I was expecting. I also need to add "order a corsage" to my to do list for the week.

Got Arin home to finish his school work. We had gone early just in case we had to take the tux search to Olympia. Isaac has to be in Centralia at 1 to go to Seattle with PATH. They are celebrating the close of Persuasion with a night out in Seattle to see Phantom of the Opera at The Paramount and dinner at The Cheesecake Factory. Ryan was supposed to go but was scheduled to work. Sharlene is going but we weren't sure they had a ride and I didn't have to take them...Rides are all worked out and off they went. Saw lots of pictures on Facebook of their adventure. They had about 30 minutes to spare between dinner and the show so they let then loose at the Barnes & Noble. I'm amazed they got them all back! 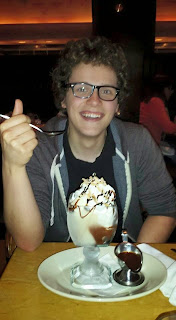 We grabbed groceries while we were in town and made it home just in time to run Tovah to play with a friend and get to the high school fastpitch game. It was their last league game and Ryan had promised several of the girls that he would come to a game. They won but let a huge lead slip away.

Tuesday night is always Taco Tuesday. The Gillaspies came as well as Allyson and a friend. Isaac usually does the bulk of the cooking so I had to do it. After dinner I had to cook chicken and eggs for the baby shower luncheon I'm doing on Wednesday. Shar brought Isaac home around midnight.
Posted by 5 Boys and a Princess at 12:46 PM No comments:

*May 4th I finished up my first year of the MATESOL program (that's a Master of Arts Teaching English to Speakers of Other Languages) at Multnomah University in Portland. Fall Semester starts August 31 but I have to go full-time this summer to make my schedule work out with commuting and the kids' sport schedules. So, this summer I'm taking Survey of Theology online, World Religions in a 1-week intensive course at the end of June, and I'm going to do my practicum (student teaching) here locally for 6-weeks starting July 6.


I feel like Phineas and Ferb, I need to make every day of these 27 days count for something....


So far my list includes...
* I graduated from Evergreen State College in June. I didn't walk because I'm not finished yet. I do plan on walking at Multnomah and then having a big party and then we are flying off to Hawaii to celebrate all the occasions we haven't had a chance to celebrate since I started school in 2010.
Posted by 5 Boys and a Princess at 12:14 PM 4 comments:

Spent today (my birthday) sleeping and preparing for work. Woke up to a gnome that looks like Larry Bernandez (look that one up!), and a great baseballism poster from Erica.

Was thinking about my little 2 year old in heaven and realized that Taryn would be 22. What would she be doing? College, or graduating? Military? Working? Questions that have no good answers today. Realized that it really dosen't matter. What matters is: I know where she is. I know she has a little sister to look after (Ahvri). And she has lots of friends with her that I may have met for a very short time, but I know she will look after them as well.

I have 5 boys and a (3) Princess. I have track, softball, wrestling, cross country, school, work, movies, events, plays, chess clubs, band concerts, heartaches and triumphs each hour, day, week, month and year with this menagarie. And realize I wouldn't change a thing.

Thank you, Erica, for putting up with me.

And finally, thanks to the NICU night shift for helping me celebrate two birthdays this weekend at work.
Posted by 5 Boys and a Princess at 4:47 AM No comments:

5 Boys and a Princess

5 Boys and a Princess
After 5 boys we were not expecting #6 to be a girl! We are a busy family with lots of drama on and off the stage. This blog is to give the kids (and me) a chance to write about all the stuff that interests us so you'll see all sorts of topics like Legos, bugs, drama, knitting, homeschooling, and lots of pictures of all we do. 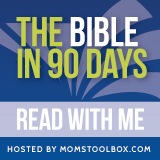